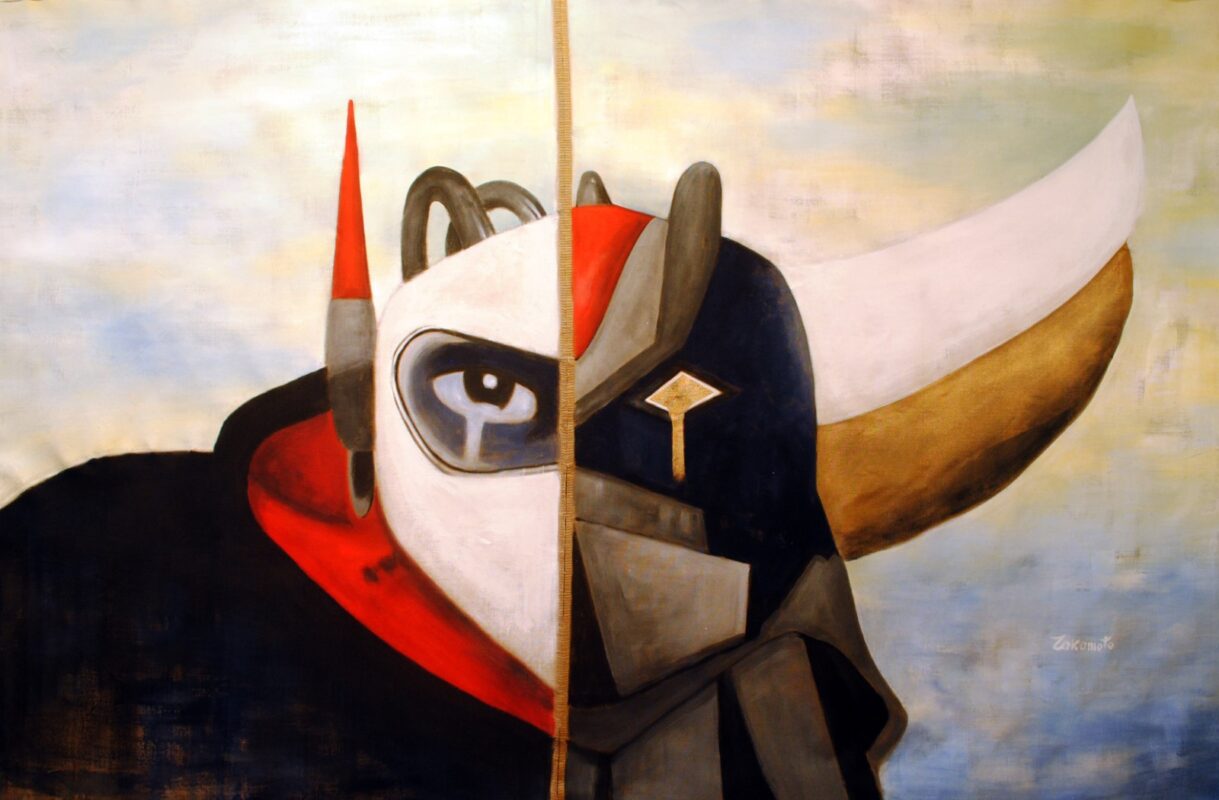 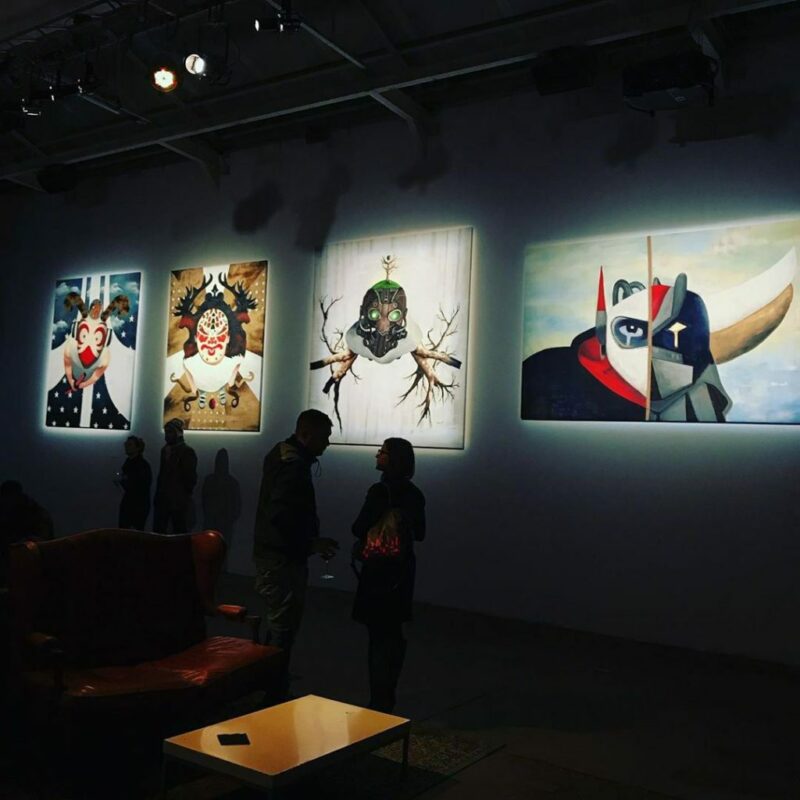 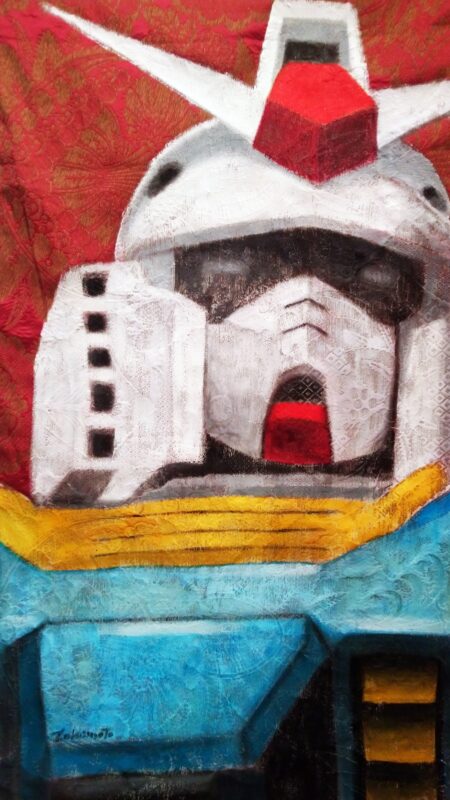 Luca Motolese, aka Akira Zakamoto, was born in Turin in 1974 and attended the IPS Albe Steiner there, followed by the Université Stendhal of Grenoble and the Dams again in Turin. For several years he worked as an art director and director, lending his work to advertising and cinema.
In 2007 he founded Bottega Indaco with Ciro Palumbo and Arte Indaco in 2008.
Today he lives and works between Turin and Milan and has exhibited in galleries and museums in major cities.

THE EXHIBITION – “I created the character Akira Zakamoto ten years ago, on the shores of a mountain lake near Biella. I was in a very confused period of my existence and I thought it was wise to change my name and leave my dark side behind. I gave him the name of my favorite director and divided the surname between the protagonist of my favorite video game and the first part of my terrestrial surname. I wrote him a likely biography that spoke of UFO abductions and prophecies, many believed it to be true, confirming that a couple of media are enough to persuade. Finally, I made him swear to paint the future of mankind, children, for a lifetime. ” With these words Akira Zakamoto tells the birth of his artistic alter ego and the arrival in the craft of art.
Passionate about manga since he was a young boy, Zakamoto owes a lot to Japanese culture.
In these canvases Gundam, Daisuke, Devilman and Grendizer relive. Warriors and heroes, elected as supreme executioners in the painting of images that are anything but sentimental, the more evocative and meaningful.
They are images that convey unequivocal messages, often ironic, sometimes surreal, through a universal language that appeals to the memories of cartoons, still present in the memory of the beholder today.
In the depiction of the warrior-hero, he is fascinated by the heroic phases of dictatorships. Observing “Cold war” and “Jeeg”, in fact, one cannot help but think of the Nazi propaganda posters, the solemnity of the portrayal poses of Mao Tse-tung (“In gold we trust”), or the famous call to Uncle Sam’s weapons aimed at young Americans.
Zakamoto’s pop-politician investigates the relationship between message and object in paintings that appear to be advertisements. The mystification of the newspaper revolt in the condemnation of economic values, of pop culture itself and of its lies (above all “Daisuke7up” and “Putsch” which destroys a likely Palazzo Montecitorio), as if the artist were moved by the duty to tell the his time, without being able to hold back the harsh criticism of contemporaneity.