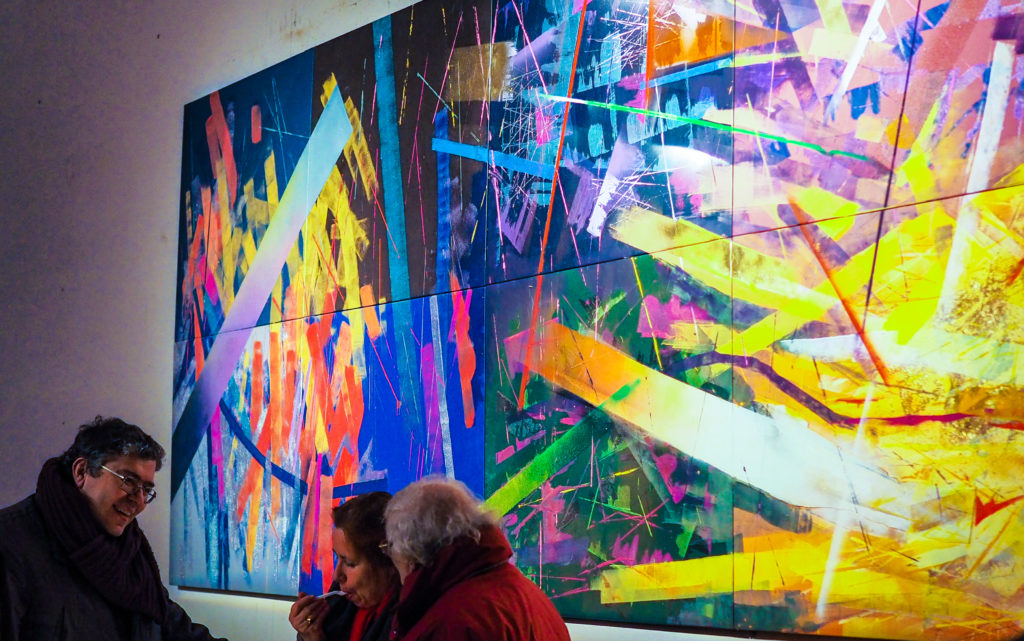 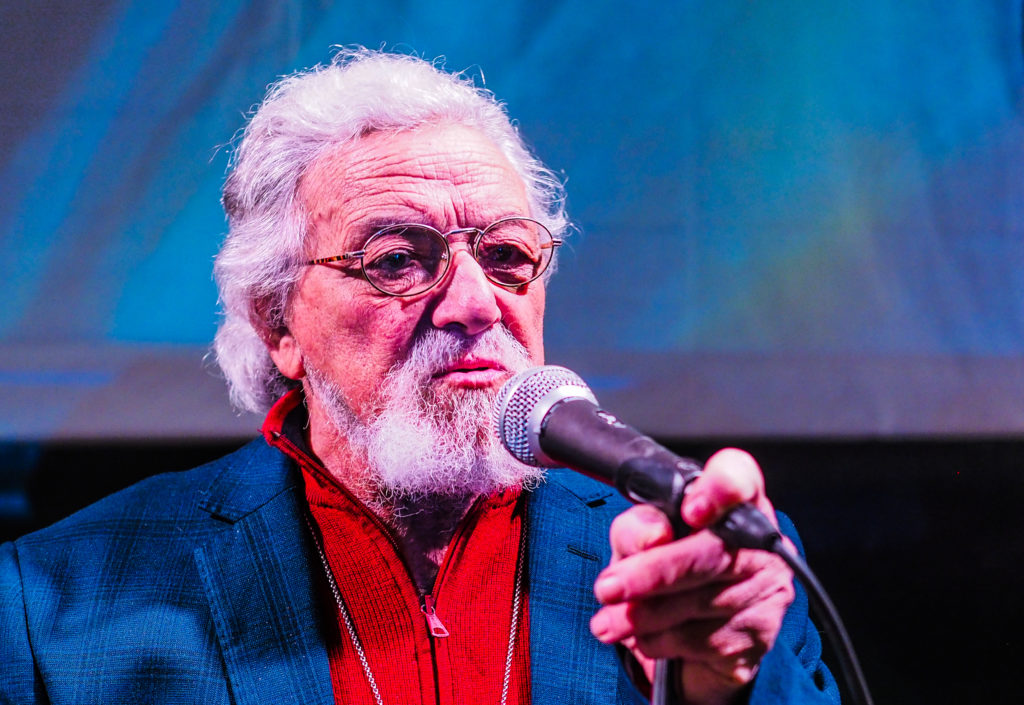 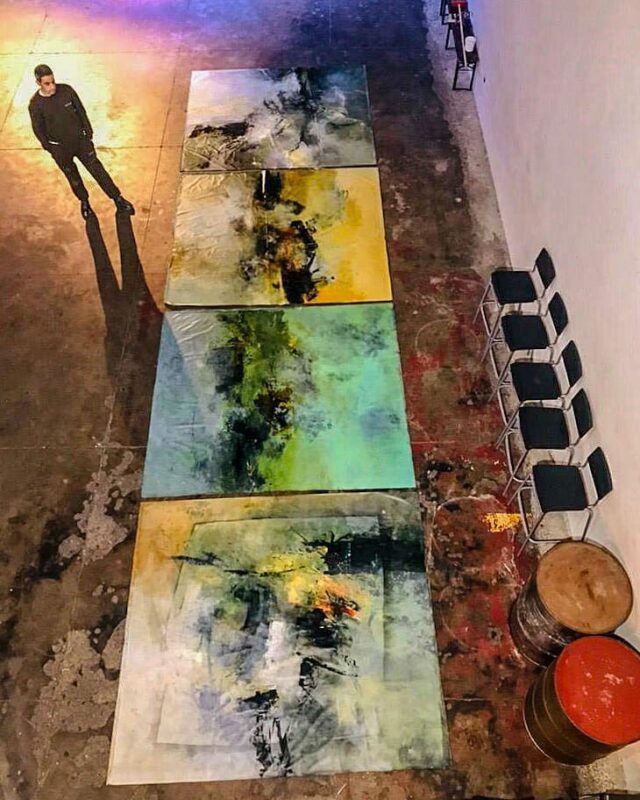 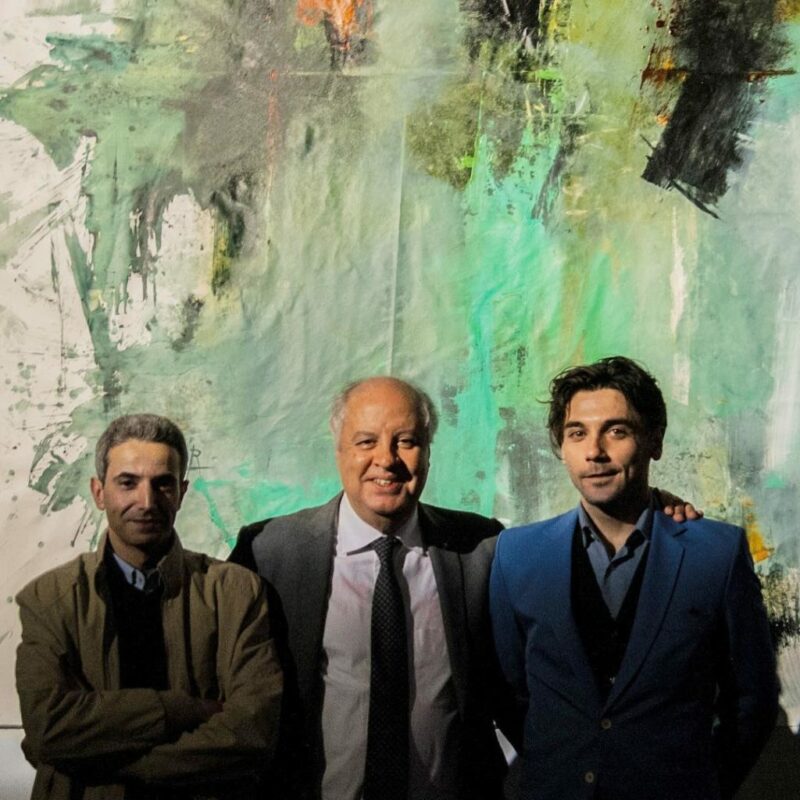 The review of the most innovative trends in art and culture from the Mediterranean Sea, organized by Gio ‘Montez, production manager Marco Galletti, has officially started with a very special event, artMED.

The first artist “guest” of the production residences of Atelier Montez is Turi Sottile. The artist, Sicilian but resident in Rome, inaugurated his artistic phase with a special event, the one relating to his 85 years. With him relatives, friends and important names of the Roman art scene.

The guest artists, during these residences, will have the opportunity to interact with the local social and cultural context, and then create their own works, to be subsequently promoted internationally. The topics on which they will discuss are those envisaged by the “SmartMED” project, presented by Roma Capitale at the Horizon 2020 call “Smart Cities and Communities”. For this reason, the subjects of the works will be linked to topics such as the industrial revolution 4.0, progressive digitization of communication processes, the danger of global warming, sustainable mobility and the use of clean energy. The artists will be able to personally experience the change on the territory in order to be able to understand and replicate it in the country of origin by becoming witnesses of this process.

Turi Sottile, whose artistic production will last until 21 March, was born in Acireale in 1934 and lives and works in Rome on the historic outskirts of Pietralata, in what was the home of Luigi Pirandello. Currently his production revolves around abstract expressionism, with particular attention to the evolution of the sign and a highly emotional use of color. After that of Turi, Atelier Montez will host Cheikh Zidor’s production residence, from Tuesday 2 April to Monday 15. From Tuesday 16 to Tuesday 30, instead, the relative exhibition.

Cheikh Zidor –  Born in Fès, Morocco,  Cheikh Zidor  brilliantly completed his studies at the National Institute of Fine Arts in Tétouan in 2001. Educator at the Institut Spécialisé de Formation aux Métiers de l’Action Sociale in Fès and later art teacher in Rabat, she has participated in several international group and solo exhibitions such as the one held at the Cité Internationale des Arts in Paris in 2010. Her work is the result of a great reflective research based on various levels (the stroke, chromatism, motifs and materials used, points of view) and amazes for its abstract workmanship. By treating the surface of the canvas, a textural space in which matter and color come together, he investigates his own interiority.

At the end of their productive residencies, two catalogs will be published in which the results of the research of each artist will be presented and discussed. “We differentiate a productive residence from a canonical exhibition that reproduces content produced elsewhere – explains the owner of the atelier Gio Montez – precisely to give the hosted artists the opportunity to develop their work directly on site, each living for about a month in the residence of which the Atelier Montez production plant has at its disposal “.