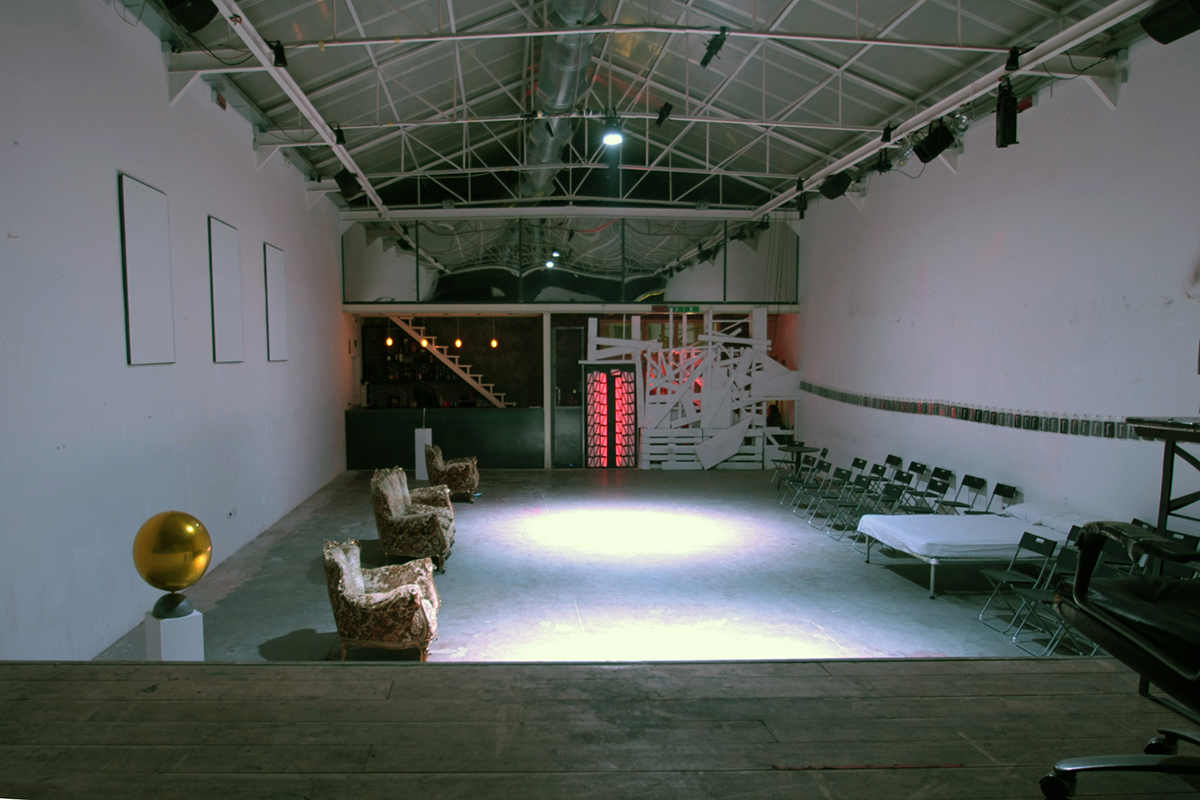 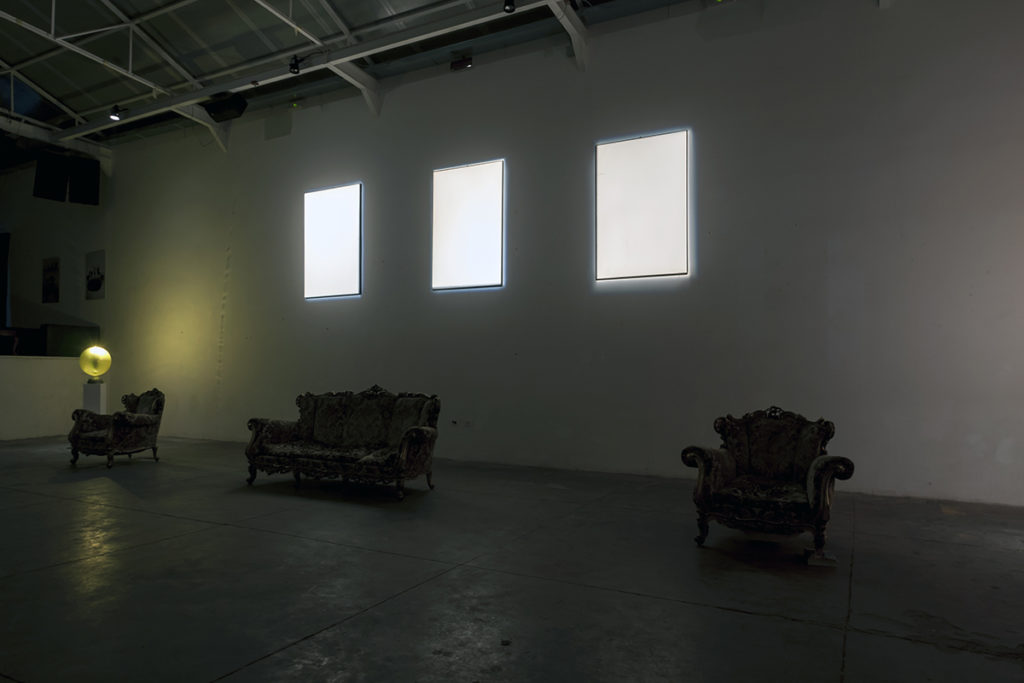 PRESS RELEASE
Rome, 2 November 2016 – We meet “behind closed doors” in the cultural salon of the Montez Atelier in via di Pietralata 147 / a to study and explore together the concept of Sartrian Hell. The project stems from the desire of the director Claudio Di Paola to merge the theater with the artistic production of the Atelier Montez, giving life to a mixture of the two arts that leads to the creation of an intentional place, a situation that is at the same time scene, exhibition gallery and living space. The stage space, which is co-extensive with the gallery itself, is in fact defined by real site-specific works of art, produced by Atelier Montez under the artistic direction of Gio Montez.

The production “021116 – Situation act # 1 – Inferno” is animated by the dramatic intervention directed by Claudio Di Paola. The interpretation with which the works are constructed, the actions and the relationships between the elements present in the situation evoke the famous Sartrian statemant “hell are the others”. The simple presence of an otherness, precisely because it constitutes itself as the only existential counterpoint from which the concrete features of our person can emerge, gives body to a hellish dimension in which the constant pain is to find oneself at the beginning of an existence that it manifests itself concretely only in the judgments that others bring about us, to which we will never be able to have access in full transparency.

The other possesses our being and does not show it to us. The traditional concept of public is broken, the users become active fragments that inhabit the space, even before the actors, entering into an aesthetic relationship with the artistic elements that make up the scene, preparing the emotional ground for the actors who, like results, of this relationship make their appearance. The public is invited to sit in the hall, on the set among the actors, and is participatively involved in the production of the show. There will also be audio-visual recordings, which will include spectators. You do not pay the entrance ticket. The method of participatory production, however, allows the user to acquire an active role in the production by purchasing the props-works, helping to finance a part of the production.
The whole project foresees the realization of a single work in three acts: Inferno, Purgatorio and Paradiso. The review is in fact made up of three situ-actions through which, giving life to three plays, they will cross on a purely level by cleaning three dimensions generally considered to be of metaphysical relevance. In each of the situations, the work of the artists and actors, but above all the active and participatory presence of the public, will respectively create the dimensions of Hell, Purgatrio and Paradise, as absolutely earthly situations, as dimensions that instead of being positioned and sought on hyper-uranic horizons, they must know how to identify and recognize themselves in our collective states of life, because they are not and can never be anything other than this.