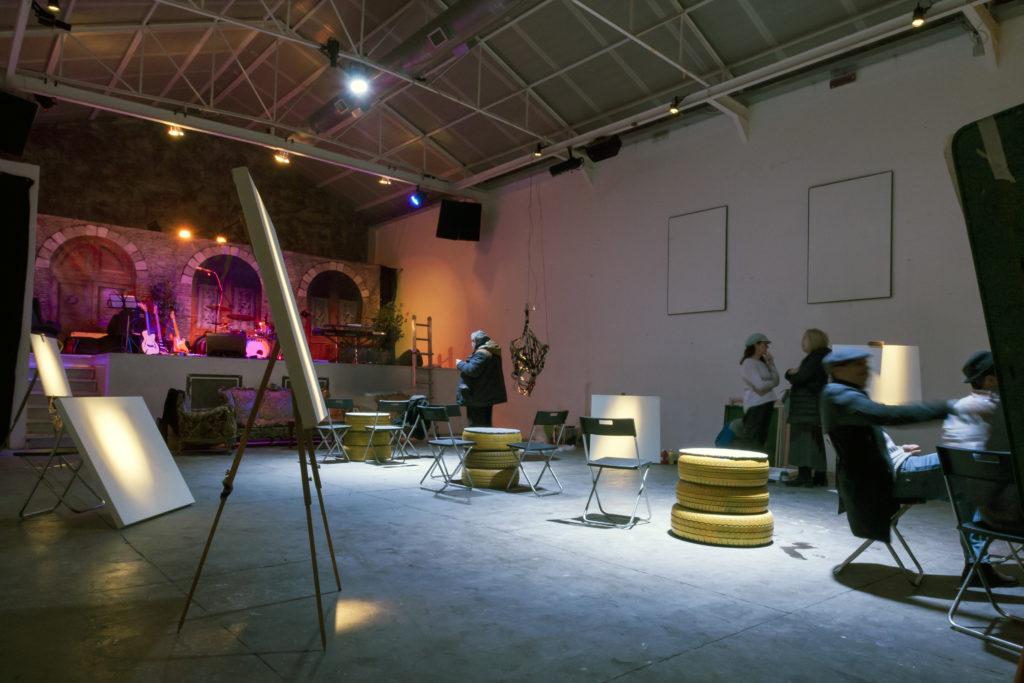 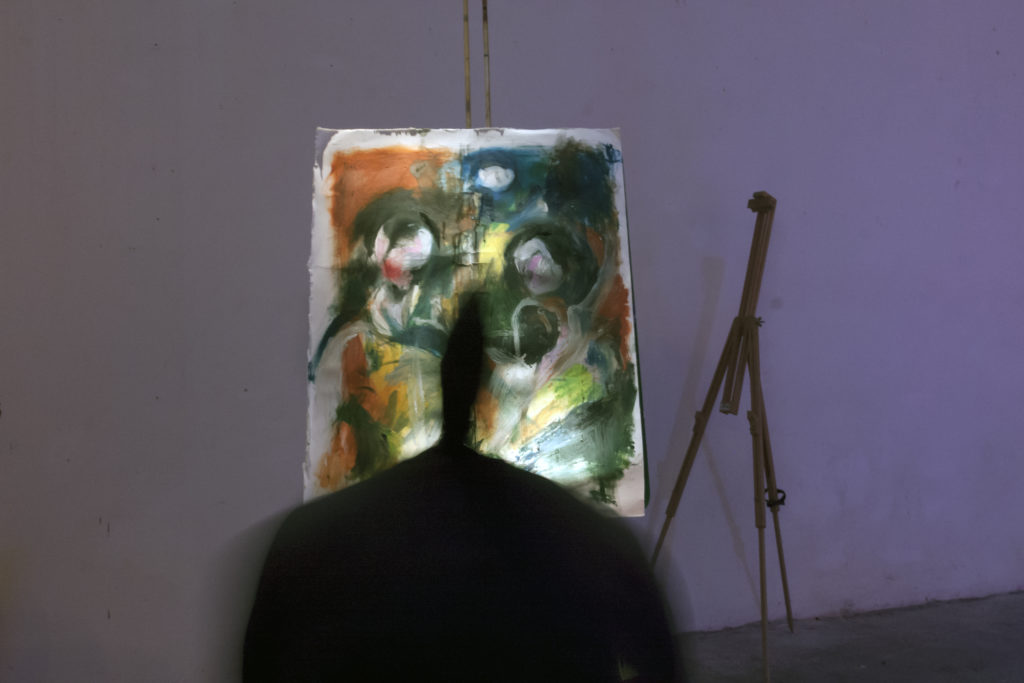 NEW OPENING OF THE RENOVATED SPACES IN VIA DI PIETRALATA 147 / B – MONTEZ STUDIO
At the same time as the impromptu painting in the Atelier, it will be possible to visit the new Montez recording studio.

In the studio will be exhibited in rotation the paintings of the Montez production “TARATA TA TA TATA”, Series nr. 130912

Presentation of the recording studio activity by Ryan Leverenz Mompellio.

The two artists jointly developed the idea of ​​merging painting and music through performances in which the musical power of electro-rock matrix influences the energetic gestures and sensorial inspiration of the painter; since March 2016, the artists have exhibited this fusion of arts on the occasion of some cultural events in the province of Viterbo.