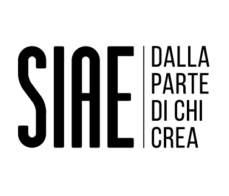 NONèTERNIT is an anamorphic modular installation designed in 2018 by Gio Montez and composed of 24 Φ48 / 3 iron tubulars and 16 corrugated steel panels 0.87 × 1.8m obtained from the regeneration of the urban wreck in the historic suburb of Rome, Pietralata. The work does not have a predefined and univocal poetic as the raw and anamorphic material of the burned industrial warehouse is extracted and redefined each time, taking on different forms in relation to the context.
NONèTERNIT was born with the aim of replicating and spreading a positive model of urban regeneration even outside the territorial reference area.
An important input for the creation of the work was the award in 2018 of the production prize “Creatures – art experiments in urban laboratories” awarded to Atelier Montez by the Open City Rome Association for the best urban art experiment.
Furthermore, the winning of the “Per Chi Crea 2018” call, promoted by MiBAC and managed by SIAE, was equally decisive, which kicked off a promotional tour in various European cities in the years 2019-2020.
In 2020 the work was acquired by the curator Michele Cossyro in the contemporary art collection of “La Salerniana” housed in the G. Perricone Civic Museum in Trapani.

NONèETERNIT’s journey begins in October 2019 in Rome, in Via di Pietralata, at the Montez Atelier on the occasion of the exhibition “Nitsch & his Double”.
The modular anamorphic installation was presented in the form of the organ altar for the organ concert in situation of the Viennese master Hermann Nitsch.

The first important stop on NONèTERNIT’s journey is Frankfurt am Main, Germany, in November 2019.
In Honselbruecke in the area facing the European Central Bank, the anamorphic modular installation takes the form of the Roman tortoise, a procession setting for 16 actors.

The first important stop on NONèTERNIT’s journey is Frankfurt am Main, Germany, in November 2019.
In Honselbruecke in the area facing the European Central Bank, the anamorphic modular installation takes the form of the Roman tortoise, a procession setting for 16 actors.

Another city, another stage of NONèTERNIT’s journey. This time the anamorphic modular installation arrives in Vienna, at the AA Collections in the non-form of the labyrinth.
The exhibition curated by Georgij Melnikov presents individual independent modules, composed of a sheet metal panel and two tubular uprights suspended between the ceiling and the floor.
The modules, suspended in mid-air, fragment the viewer’s vision, preventing him from an overall perspective view and making the escape route inscrutable.
The work is a labyrinth not only physically, but also metaphorically: the elements that compose it make the space narrow and tortuous and reflect the apparently lost role of workers in the age of gentrification and globalization.

NONèTERNIT’s journey continues and it is in the city of Treviso, on the occasion of the inauguration of the “Prometeo” exhibition at the B # S Gallery, that the work takes on a new form: the mountain.
The “Mountain” installation is a system of forces in equilibrium that allows the installation to be suspended in mid-air in the exhibition space by means of 10 counterweighted cement bags.
The roof of the burnt industrial warehouse floats in the air and is supported by the strength of a man who, like a modern Prometheus, dominates nature and gives meaning to otherwise shapeless matter.

“PROMETEO” expresses the drama of contemporary man in search of an unobtainable balance; condemned by the very condition of being a human being, inevitably a victim of his own action and excesses.
The exhibition highlights the need to raise awareness of this
phenomenon in order to fully take responsibility for it.